On Thursday evening we conducted our 21st session of Collective Bargaining. Due to a personal emergency, the session from June was delayed until July.
HAU was represented by Sapporo General Union. Interac North was represented by members from head office.

2. Why were the same Head Teachers rehired when the company advertised for new ones?
The company representatives explained that perhaps they were perhaps the best suited to the role. The company had previously sent the Union a list of 8 qualities that Head Teachers must possess. At no point in the application process were these qualities mentioned. The Union accused the company representatives of making it up. One union member was declined because he was late to the interview. This union member claims that he was only about 1 or 2 minutes late to join the online meeting due to his unfamiliarity with the program used to host online meetings. The Union believes this reason is unacceptable.

3. What financial issues caused the confusion regarding the new, increased amount of Head Teacher positions?
The company representatives explained that no new contracts had been secured by the company and therefore the number of employees had not changed. Therefore no new head teachers were required despite admitting that the current Head Teachers are “overburdened”.

After that, the Union took some time to set expectations. In the 20 sessions of Collective Bargaining, the company has not resolved a single issue. The company representatives attempted to refute this by saying that an agreement had been made regarding paid vacation days and Union member’s employment. This was not accepted as the company had intentionally excluded the Union from this discussion. In the Union’s opinion, this was solved by Interac North’s employee representative, not the Union.

The Union explained its understanding of Collective Bargaining. By this definition, the company is not bargaining in good faith.

By the next session (one week later) the company must be prepared to offer all Union members an offer for pay raises. Failing that, they must provide an acceptable reason and evidence for why they cannot.

The Union’s definition of Collective Bargaining can be found below. 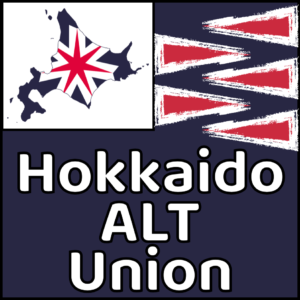